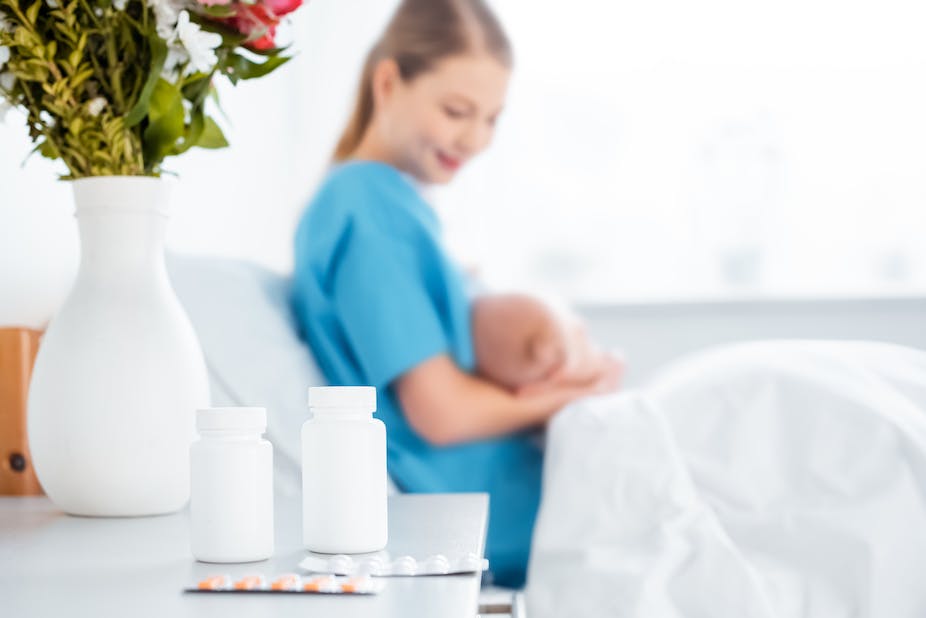 The challenges many new mothers overcome to breastfeed their babies are well documented. Despite a public health system in the UK that promotes breastfeeding, many do not have access to the support that enables them to do it. Every day, services are being cut, public attitudes are negative, and this is exacerbated by a culture that does not really understand how breastfeeding works and how best to support it.

For our new report, commissioned by the Breastfeeding Network, we explored the experiences of 444 mothers who had been prescribed a medication. Each of these mothers had contacted the charity’s pharmacist-led Drugs in Breast milk advice service or accessed its online factsheets for specific medications between August 2017 and August 2018. Set up to counter inaccurate advice about breastfeeding while on medication, the network estimates the service responds to 10,000 queries a year. It is the only independent service dedicated to offering this advice in the UK.

Over the counter advice

We found that the majority of queries received by the charity concerned medications that mothers had been prescribed to take while breastfeeding. The vast majority of these women had been told to stop breastfeeding, or not given any information at all. Most women sought advice after being prescribed common medications such as antibiotics or antidepressants, or wanting to take an over the counter medicine such as ibuprofen or cough medicine. It wasn’t as if they had been prescribed a rare drug that medical professionals might not be expected to have up to date knowledge on.

Of particular concern was that many mothers told us that when they were advised by a medical professional that they couldn’t take a medication, their decision was not to stop breastfeeding. Instead, they explained that if they had not been correctly advised by the service they would have refused to take the prescribed treatment.

Some felt that they were being forced to make a choice between their baby’s health and their own, and decided that for them breastfeeding was more important. Others simply wanted to continue because they enjoyed breastfeeding. Many talked about preferring to experience the symptoms of their illness, or delay a procedure, rather than stop breastfeeding their baby.

But the women in our research were the lucky ones. They knew about the service and could receive the information they needed to both take the medication and carry on breastfeeding. Based on the volume of other incorrect information the women we spoke to were receiving, we believe that many mothers who do not know about the service may be stopping breastfeeding unnecessarily after receiving incorrect advice.

We have written before about how women often do not get the support they need to consider all options when they encounter a physiological breastfeeding issue. When it comes to medications, the issue is not a lack of information. Published research exists regarding the safety of a range of medications, yet this information is largely missing from medical training.

Some medics work on the basis that during pregnancy certain medications are known to be harmful to the developing baby. But the placenta and breast are very different organs. Often medications can’t get into breast milk, and if they do the level in milk is so low that it would be no harm to the baby, or, in terms of health risks, the baby is still better off being breastfed than not.

We asked women how they felt before and after they had received advice from the service and the impact was stark. Among other things, they felt less anxious, more confident and more informed. For some, this was due to relief at being able to continue breastfeeding. For others, it was because they felt that someone had finally listened to them. Even in the small number of cases when women were told that unfortunately their medication was unsuitable for breastfeeding, their anxiety was also reduced because somebody listened.

We know that breastfeeding protects the health of mothers and infants yet some medical professionals are giving incorrect information – or simply a lack of information – to many thousands of women a year. This is yet another example of how the UK government promotes breastfeeding yet does not protect breastfeeding women and it’s time this changed. Medical professionals need in-depth evidenced-based education, training and resources to accurately advise those mothers who are prescribed medication.

If you are a mother with a query about breastfeeding and medications, you can find information on the Breastfeeding Network website. Though we do recommend that you speak to your doctor about any specific health issue, the Drugs in Breast milk service can help with any queries over prescribed medication. In any event, always seek advice from a doctor or pharmacist before taking medication while breastfeeding.

By continuing to browse the site you are agreeing to our use of cookies.